When Eric’s mom was diagnosed with early onset Alzheimer’s, he moved back from San Diego to Miami to care for her.

Eric wanted to honor the memory of his mom by sharing his early onset Alzheimer’s caregiving story with us. And we asked for his advice to the Latino community about caregiving for families with dementia.

He was born in Miami, son of a Cuban immigrant and a Jewish mother. With storytelling heavily embedded in both the Cuban and the Jewish cultures, his attention-grabbing Uncle SCotchy podcasts will have you listening for hours.

Uncle SCotchy is Eric’s alter ego. A fun and memorable character he created as his brand. He tells us, “My character was born in the fifties, had a brother and all this stuff. And it’s just been kind of fun to not be Eric García for a minute.”

This is the early onset Alzheimer’s caregiving story of Eric García, career musician, story-teller/podcaster and creator of Uncle SCotchy. 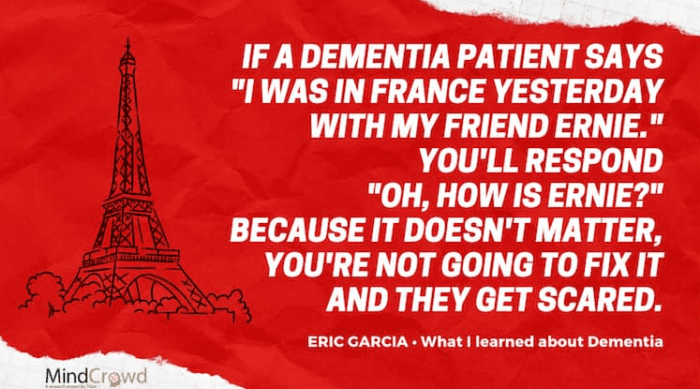