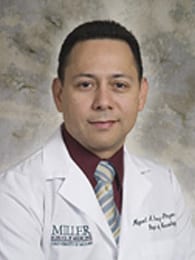 Scheinberg Professor of Neurology and Neuroscience