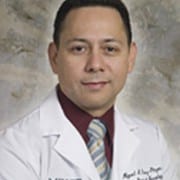 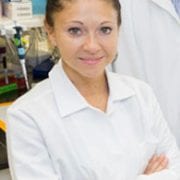 Milena Pinto, PhD is a Research Assistant Professor in the Department of Neurology at the University of Miami, Leonard M. Miller School of Medicine.

She has more than ten years of research experience on neurodegenerative disorders, in particular on Parkinson’s and Alzheimer’s disease. She obtained her PhD in Functional genomics and Neurobiology in Italy, where she extensively worked on drug-induced and genetically modified animal models of Parkinson’s disease as well as on cellular models of dopaminergic neurons. More recently, during her postdoctoral training, she has been involved in understanding the possible neuronal-specific role of mitochondrial dysfunctions and mitochondrial DNA deletions and depletion in different mouse models of aging and neurodegenerative diseases. 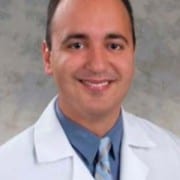 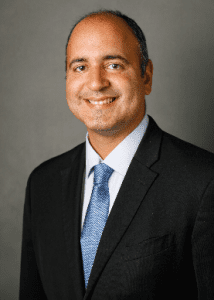 Dr. Alberto Ramos is Associate Professor of Clinical Neurology and Research Director of the Sleep Disorders program at the University of Miami, Miller School of Medicine.  Dr. Ramos’s research is aimed at the intersection between sleep disorders, cerebrovascular disease and neurocognitive aging in population based studies. Dr. Ramos completed a diversity supplement grant from the NIH/NINDS, aimed to determine the sleep disorders associated to stroke risk factors and cognitive decline in the Northern Manhattan Study. He is also an investigator of the Hispanic Community Health Study/Study of Latinos (HCHS/SOL); where He serves as primary consultant for Sleep Research at the Miami field site. Dr. Ramos is supported by NIH/NIA to evaluate sleep phenotypes, neurocognitive decline and incident dementia in HCHS/SOL. He is also supported by NIH/NLBI to determine the sleep phenotypes that predict cardiovascular disease in HCHS/SOL. He was the site-PI for the Sueño study-Sleep as a Risk Factor for Disease in HCHS/SOL – Field Center at the University of Miami. This NHLBI ancillary study evaluated the determinants of abnormal sleep patterns with actigraphy and their effect on cardiometabolic diseases.  Dr. Ramos was also the principal investigator of an HCHS/SOL ancillary study evaluating sleep apnea and cerebral hemodynamics as an early marker of cerebrovascular risk at the Miami field site. Dr. Ramos is a Fellow of the American Academy of Sleep Medicine and was the Chair of the Young Investigator Research Forum-American Academy of Sleep Medicine Foundation in 2019. 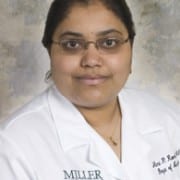 Dr. Raval Ami serves as Research Assistant Professor in the Department of Neurology at the University of Miami, Miller School of Medicine. She had previous training in the physiology of reproduction. She coupled her prior knowledge with laboratory research on the pathophysiology of stroke. Her research focuses on (1) understanding the effects of estrogen on neuronal survival after ischemic episode, and (2) the role of nicotine addiction on beneficial effects of estrogen on hippocampal neurons subjected to ischemia. The results of her laboratory research indicate that nicotine addiction makes females more susceptible to ischemic brain damage. The severity of ischemic brain damage is far greater in females simultaneously exposed to oral contraceptives than to nicotine only. Overall her study aim to identify the mechanism of deleterious effects of nicotine that are unique to the female brain and the acquired knowledge will guide us towards novel pharmacological strategies specific for women. 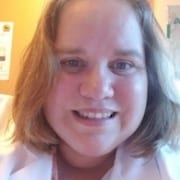 Dr. Vontell received her PhD in Neurobiology at the School of Imaging Sciences and Biomedical Engineering Research from King’s College London and Imperial College London, London, United Kingdom. Her primary research has focused on the inflammatory mediators in the brain and their relation to complex diseases; she has been instrumental in studies that identify potential targets for neuronal inflammation. She collaborates with Drs. Scott, Sun, and Rutherford (King’s College London) to identify factors influencing white matter pathology in fetal development and in the ageing population. In addition, she has been involved in developing and implementing educational rotations for the University of Miami Neuroscience Graduate Program. She serves on the editorial board for the journal of Clinical Neurology and Neuroscience. 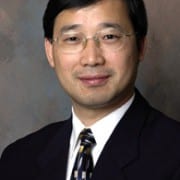 Dr. Wang, the Scientific Co-Director of Experimental Imaging Laboratory for the Bascom Palmer Eye Institute, University of Miami, is a Professor of Ophthalmology and Electric and Computer Engineering. After MD training in China, Dr. Wang obtained his PhD in vision science at University of Waterloo, Waterloo, Canada. He came to the University of Miami in July, 2006 from the University of Rochester, Rochester, NY. Dr. Wang has established the advanced ophthalmic imaging laboratory at the Bascom Palmer Eye Institute and is working closely with a group of neuro-ophthalmologists to study vasculature in the eye and neurological disorders. His research focuses on imaging microvasculature and microstructure of the eye as a window of the central nerve system. Currently, he and his collaborators in the Evelyn F. McKnight Center for Age Related Memory Loss are working on ocular microvascular dysfunction in age-related dementia. The aim of the study is to determine whether microvascular dysfunction plays a role in age related memory loss.